Australia is a country set in the south Pacific and bounded by the Southern and Indian Oceans. 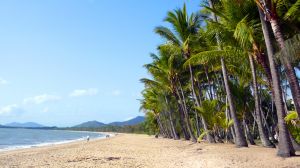 Mainland Australia is a large land mass that occupies 7.6 million square kilometres, spans 3 time zones and extends from 10 degrees below the equator in the tropics to the roaring forties in the south.

As an Adventure Travel Destination, Australia is an ideal place for the traveler who wants to get away from it all. With a landscape that varies from glorious white sandy beaches, coastal craggy ranges, lush belts of rainforests to snow capped mountains, rolling plains and vast desert areas.

Australia is a large, diverse country that has a relatively small population, it contains a multitude of attractions which, can be enjoyed without the bustle of large crowds. Australia therefore, has to be an ideal Destination for the Adventure Travel seeker who wants to venture alone into the unknown.

The British occupied Australia about 230 years ago and today the majority of the population is of British and European descent. The Australian natives have been severely culled since the occupation and now account for less than 2 percent of the total population of Australia.

There are many fascinating accounts of the colonial days that provide an insight into the harsh conditions that the original settlers, who were actually prisoners of the crown, had to endure. We had a few outlaws in those days the most notable of which was the bush ranger, Ned Kelly. Harry Redford, AKA Captain Starlight also made a name for himself back then for his astounding feat of moving a herd of 1000 head of rustled cattle, almost single handed, through totally unexplored country from midwest Queensland to the outskirts of Adelaide a distance of over 1,000 miles.

The Great Barrier reef, the largest coral reef in the world extends for almost 2,000 miles along the northeast coast of Australia. As one can imagine, all kinds of marine life exist in these waters and they provide a Mecca for divers, fishermen and underwater photographers.

Standing just a few kilometres off the southeast coast of Queensland, is the largest sand island in the world, now called, Fraser Island. The island occupies approximately 1630 square kilometres, is 122 kilometres long and ranges from about 5 to 25 kilometres broad. The ocean side of the island comprises of one continuous white, sandy beach, fringed by stands of rainforest that shelter numerous fresh water lagoons. Fraser Island was inscribed as a World Heritage site in 1992.

For a unique Adventure Travel Destination, Try Australia, you most certainly will not be disappointed.