Bernini in the Vatican

by The Romantic Traveller (even on work trips!) | Mar 12, 2016 | Educational Trip, Italy, Sightseeing 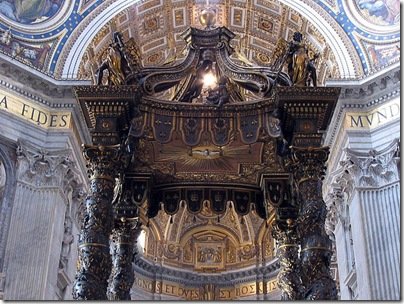 Bernini’s art can be found all over Rome, with some of his most spectacular work in the heart of the city, that is, the Vatican City.

Every Sunday the pope addresses the crowd on his St. Peter’s Square. The crowd sees him as a tiny speck in a window way up high above a monumental piece of Bernini’s art: the square flanking St. Peter’s colonnade. The crowd even stands on Bernini’s art. Being both an architect and a sculpture, Bernini designed the entire Piazza di San Pietro. 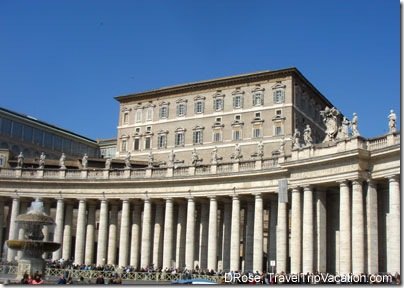 Bernini was also commissioned to design one of the most prominent element inside of the basilica, i.e. the grave of St. Peter’s with its bronze columned canopy, called baldachin, which roofs this central high altar. 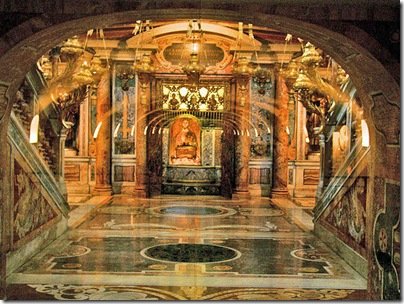 For a long one, one could also find my personal favorite work by Bernini, the sculpture called Ecstasy of St Theresa, within the St. Peters church.   That sculpture can now be found in the Cornaro Chapel of Santa Maria della Vittoria, another church in Rome.