Some people are born adventurous, and others are grabbed by the need for excitement every once in a while. Whatever the reason, taking an action packed adventure vacation, can rejuvenate even the most tense, worked out body. 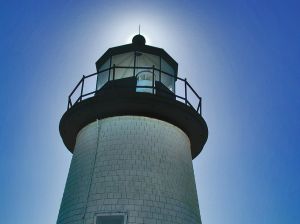 Among the most popular destinations on the bicycle tour enthusiasts list, is the land that “winds around to face itself,” Cape Cod. The city, lying across the Cape Cod Canal, forms part of the state of Massachusetts, and comes complete with its romantic New England charm. The real attraction for the cyclist on tour, are the vast tracts of natural land preserves that offer seclusion, and the beauty of the pine trees, marshes, and vineyards of the region. In fact, the area is so free of human intervention that during certain seasons, people can cycle for miles without meeting a single soul.

The entire landscape of Cape Cod is full cycling and walking trails that are visited mainly in the summers. One favorite among them is the Cape Cod National Seashore that was established in the 1961. Unlike the crowded beaches of the South that offer little peace and quite, usually the only company cyclists have on the Seashore, are the lighthouses and the lashing waves that they watch over. Cape Cod was one of the first sites in the United States, to witness human settlement with establishments, dating as far back as the seventeenth century. For riders in the mood for a trip down the nation?s past, there are the various Historic Districts and Route 6A, better known as the Old King?s Highway.

However, the best-loved cycling trail in the Cape is the Cape Cod Rail Trail, which was created in 1978 as a tourist feature. The rails stopped running in the Cape, soon after the two bridges that connect the region to mainland of Massachusetts were built. Their paths are now used as the most scenic cycling trails that run through salt marshes, cranberry bogs, and the Nickerson State Park. The locality is generally flat mild, and so the trail serves as a great experience for professional, as well as novice cyclists.