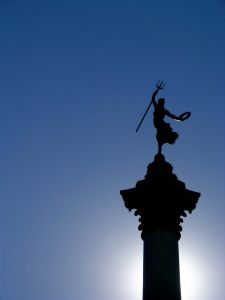 Whether you drive yourself or take a tour bus, there’s nothing quite like seeing the changes of the season reflected in the changing color of the leaves. Of course, some places have better color than other places, and the New England states of Connecticut, Maine, Massachusetts, New Hampshire, Rhode Island, and Vermont are considered some of the best areas of the United States to take a fall foliage tour, with the Kancamagus Scenic Byway in New Hampshire known as one of the best places in the world to see spectacular fall foliage.

But, New England’s not the only game in town, as awesome fall foliage can also be seen in such places as the Great Smoky Mountains in Tennessee and North Carolina, Lost Maples Natural Area in Texas and Lake of the Ozarks, Missouri.

You can drive your car, hike, ride a bike or let someone else be your guide on one to 8-day tours.

It used to be that Halloween was reserved only for the kids. Not anymore. Halloween has become a big adult holiday as well, with Halloween celebrations being held for adults in most major cities. Some cities, however, have become must-visit Halloween spots: New York City, West Hollywood, and Las Vegas.

For 33 years New York City has played host to one of the largest public Halloween celebrations in the United States with New York’s Village Halloween Parade, where anyone in costume is encouraged to join bands, puppets, and dancers for a parade in Greenwich Village. The Halloween parade is so popular that is has been chosen by Events International as “The Greatest Event on Earth on October 31,” as well as having been ranked 3rd by Citysearch as the best event in New York City.

This Halloween celebration takes place on Santa Monica Blvd. in West Hollywood, which has a large gay and lesbian population. The celebration usually lasts several days, with such events as “Doggy Costume” contests for you pet pooch, a Drag Race (in high heels), and a costume party on Halloween night, which is billed as the “largest adult outdoor Halloween event in the world.”

Let’s face it; Las Vegas is fun any time of the year. But, for those who love Halloween and an occasional trip to Vegas, a trip to Las Vegas on Halloween is double fun. Not for the timid is the “Fetish and Fantasy Halloween Ball,” celebrated on October 27 in 2007. It’s been happening for 12 years now, and has earned numerous accolades, including being named as “One of the Top 10 Events in the World” by the Travel Channel and “One of 5 Events to Attend Before You Die” by Maxim Magazine.

For those desiring something a little tamer, many of the casinos have special Halloween celebrations, and there’s always the “Haunted Vegas Tour” you can take, which is a 2.5-hour tour of Las Vegas’ favorite haunted locations. The tour starts at the Celebrity Room at the Greek Isles Hotel & Casino and runs every Saturday through Thursday. Call 702-737-5540 for more information.

Plymouth was the site of the first Thanksgiving, so naturally it’s a place you might want to consider for your Thanksgiving celebration. You may want to arrive the weekend before Thanksgiving to take part in the “America’s Hometown Thanksgiving Parade” and “New England Food Festival.”

You’ve watched it on TV, now experience it live. Get away to New York City for the Macy’s Thanksgiving Day Parade, and join over two million people who line the streets watching the festivities. If you’re not into being up close and personal with crowds, get a hotel room along the parade route and watch it from your upstairs room.

No Pilgrims here, but what you will find are superb restaurants, such as the Carnelian Room, fifty-two floors above the city. But, the real reason to come to San Francisco for Thanksgiving is what happens after Thanksgiving – shopping! And, no place does shopping better than Union Square in San Francisco, which is block after block of great shopping experiences. Stay in a hotel in the Union Square area and you can shop, drop off your goodies, and shop some more.

The above, of course, is just a tiny sampling of fall getaways. Just be sure to take it easy after your trip, you want to be fully rested for your winter getaway.