Santa Barbara is undoubtedly one of the top communities in California. Santa Barbara spas are just as highly rated in the world of spas. 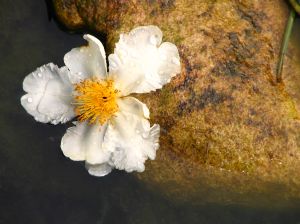 Santa Barbara features many renowned luxury spas. Overlooking the Pacific Ocean, Santa Barbara offers a unique atmosphere of sophistication mixed in with more than a bit of beach lifestyle. Santa Barbara spas are much the same and here are a few highlights.

Bacara Spa is rated among the popular Santa Barbara spas as it provides a signature style of spa treatments. The clients of Bacara Spa are impressed by the level of service, quality of the treatment and efficacy of the spa therapies. Some of the treatments of Bacara Spa include destination facial, exfoliation massage, regenerating mask and hydrotherapy. Bacara Resort and Spa is located in 8301 Hollister Avenue and telephone number is 805-968-0100.

At the end of the day, your choice of the Santa Barbara spas is really just limited by your wallet. The Four Seasons gets my vote as the best, but it is definitely not the cheapest option.

Richard Rspad is with ResortSpaDestinations.com – reviews and articles on day spas in California.