Do you ever wonder why the best film festivals are all held at really great locations? Its to attract big Hollywood Players and the big money sponsors to the event. 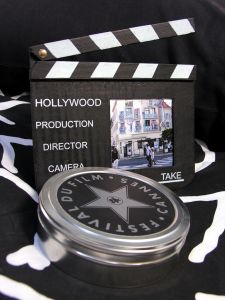 Lets face it, if you hold a film festival in an ugly industrial section of a major city, no big names are going to show up. But if your film festival is being held in a scenic and cozy little city on the Central California coast, just North of Los Angeles then chances are all the big names and sponsors will show up in droves. Such is the case with the Santa Barbara Film Festival which will take place from January 23 to February 4, 2008.

The people who are in charge of the Santa Barbara Film Festival are not bashful about flaunting big Hollywood names. Almost every page of their website has photos of celebrities or mentions the fact that many big names will be attending. The page that shows highlights from the 2007 event has pictures of Tom Cruise, Will Smith and Helen Mirren accepting or presenting awards. When they listed on the sponsor page the types of people that will be attending, celebrities is number one on the list. There is a slogan on the home page that reads WHERE THE SUN GOES DOWN, THE STARS COME OUT! And they are not talking about the kind of stars that Galileo was looking at when he invented the telescope.

For an event like the Santa Barbara Film Festival to succeed as planned they need to have some media publicity. Their major sponsors who give them a lot of money need to know that their company names will be seen by a lot of people.

Nothing brings more media publicity than big Hollywood movie stars. And when the stars show up, everyone benefits. The actors and film production people get Oscar consideration and the small, independent filmmakers who share a piece of their spotlight get distribution deals. Money is made by a lot of people in the name of independent films, everyone involved gets a boost to their careers, and the Santa Barbara Film Festival is a big success.

Events like the Santa Barbara Film Festival can still manage to honor independent filmmakers and independent films with their “Cinema Society”, which is called “an appreciation of independent and studio films”, but only after they have pampered the big Players. At the end of each day the small filmmakers can go back to their Motel 6 rooms with ear to ear grins and bright futures. The movie stars and executives can bring their awards back to their 4 star hotel rooms with a view of the azure blue Pacific Ocean on one side and a view of vast mountain wilderness on the other side. During the day they can take strolls on the beautiful beaches without their body guards and at night they can dine at world class restaurants located in town and talk about their latest career moves.

The Santa Barbara Film Festival makes it very hard for the major Hollywood people to resist. They even label it the festival that determines the winners of the Oscars because the location and the date of the event are so close to the Academy Awards.

With the film awards season now underway there you will be hearing a lot more about movies and film festivals. A lot of media attention was recently paid to the Toronto International Film Festival, which just finished up. Soon there will be a lot of attention paid to the Sundance Film Festival which is just around the corner in January, 2008.

However, there is another film festival that takes place in the middle of the film industry awards season that may not get quite as much publicity as the big three, but it will have just as many big Hollywood movie stars and Players attending. It is called the Santa Barbara Film Festival, but you may as well call it a prelude to the Academy Awards.

All of the Hollywood movie stars and film production people with films in the Oscar race will be attending the Santa Barbara Film Festival as they do every year now. This is because the people who organize and run this 2 week long event have made it very appealing to big names and sponsors by offering them awards, publicity, Oscar buzz and a really great location to hold a film festival.

Michael P. Connelly is an Author, Artist and award-winning Filmmaker who writes on a variety of topics that effect people in their every day lives. CLICK HERE For More Information on the topic of this article