Spain – A Land of Endless Holidays

As one of Europe’s hottest – and most exciting – cultural hotspots, Spain is a popular summer holiday destination for tourists from the UK and beyond. 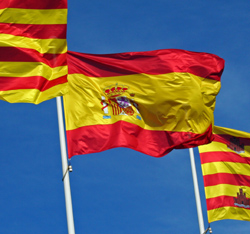 However, whether you’re keen to explore parts of Spain that you’ve never visited before or you’re a novice to the joys of Spanish culture, it’s important to figure out which areas of the country you’d most like to visit. After all, each area of Spain affords different opportunities to people with different interests – so ensure you make the right option when it comes to your holiday!

For instance, if you’re seeking a cosmopolitan city with a vibrant cultural scene, you’ll love Barcelona. Rent a holiday villa in Barcelona and you’ll be able to enjoy the buzz that surrounds Spain’s second largest city. Take a walk around the city and explore its stunning Gaudi architecture, as well the spectacular churches of the Gothic Quarter. Visitors to Barcelona will also be able to enjoy a range of museums: the Museum of the City of Barcelona, for instance, includes access to underground Roman ruins, while The Football Museum located near Barcelona’s Nou Camp football stadium is one of the city’s most visited attractions.

Alternatively, why not take a holiday in Andalucía and explore the region’s rich historical heritage and stunning coastal landscape? Rent a holiday villa in Cadiz and you’ll find yourself in the midst of one of Spain’s most stunning coastal towns. As the oldest continuously-inhabited city in Western Europe, Cadiz boasts breathtaking sandy beaches and clear blue seas. Every year, the city also plays host to the Carnival of Cadiz, one of the world’s best known carnivals. And while you’re in Andalucía, take the opportunity to visit the Alhambra in Granada and the Grand Mosque in Cordoba – two of the most spectacular monuments of Spain’s Moorish past.

And if you’re planning a party holiday to Spain, you’ll love the Canary Islands and the Balearic Islands of Spain. Whether you’re hoping to head to Gran Canaria, Tenerife, Menorca or the ever popular Ibiza, you’ll be able to experience some of the best nightlife in Spain. What’s more, if you’re planning to rent a holiday apartment in the Mediterranean islands of Spain, you won’t be disappointed: these party locations are home to some of the best holiday villas in Spain, so you’ll be able to party and sleep in style!

Ultimately, if you’ve traveled around Spain’s most popular tourist hotspots and you’re looking for a Spanish holiday destination that’s off the beaten track, why not visit Bilbao? The primary city in the Basque Country of Spain, Bilbao is home to a range of museums, fabulous architecture and Spain’s Guggenheim Museum. Or if you’re a keen food fan, take a trip to Valencia – the city that invented paella! Every March, Valencia hosts the festival Fallas, in which the local neighburhoods of Valencia build large paper maché constructions that can represent a range of issues or interests. Rent a holiday villa in Valencia during Fallas and you’ll be able to bask in the buzz of the city and take delight in Fallas’ spectacular firework display! So even if you’ve been to Spain before, you can rest assured that you’ll always find new things that will draw you back to this beautiful country.

Andrew Regan is an online, freelance journalist who lists travelling and rugby among his interests.