Yes, it is usually pretty balmy here in Hawaii, but are you prepared for all of the different weather that you will find in the islands? 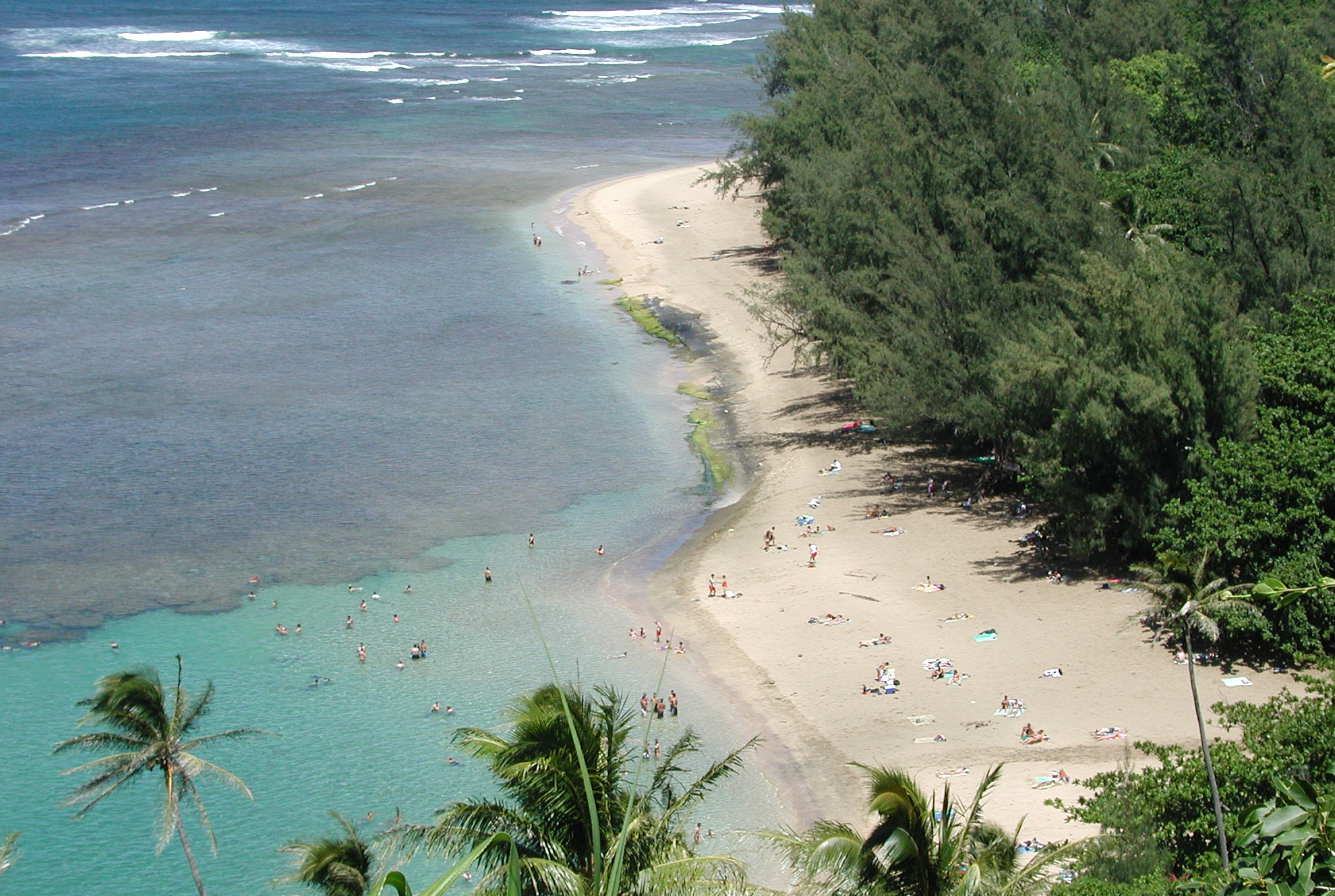 The weather can vary greatly within a few miles. For instance, Mount Waialeale on Kauai is the wettest spot on earth with over 460 inches of rain a year (in 1982 it actually rained 666 inches!) However, just a few miles away is a desert that receives less than 10 inches of rain per year. So as you can see the weather varies quite a lot just on one island.

Hawaii weather is greatly influenced by the trade winds that generally blow at speeds of 10-20 MPH. Sometimes the winds will be light to non-existent and sometimes they will blow much stronger–into the 30 MPH range.

The trade winds have a welcome cooling effect. Even though it may be 85 degrees with 80% humidity, the trade winds make it feel much more comfortable.

The opposite wind is called the kona wind. The kona winds tend to bring hot, humid weather, and sometimes rain. The kona winds are not as prevalent as the trade winds. (Don’t confuse kona winds with Kona side of the Big Island which tends to be hot and dry.)

Hawaii has semi-tropical weather. Temperatures usually range from 75-90 degrees year round in the daytime, and 70-80 degrees at night. Temperatures in the winter months may be a little cooler, where nighttime temperatures can sometimes fall into the 50’s. (It feels much cooler than that with a 20 MPH trade wind blowing.)

At the higher elevations of the islands (such as up country Maui and Big Island) temperatures can drop to the 30’s or 40’s and snow often falls at the very high elevations of Haleakala and Mauna Kea!

Rain showers can appear at any time of the year but they most often fall between the months of November-February. Even though these winter months are technically the “rainy season”, the rains are generally short lived, and sunshine and blue skies return quickly.

We call these short, light showers “blessings.” Sometimes you can’t even seem to find the clouds that are producing these “blessings”, but if you look around you will probably see the rainbows they leave behind!

Hawaii also has what are called “Mauka Showers.” Mauka means “inland” or “toward the mountains.” It will often be raining in the mountains or valleys, but be dry on the beaches.

Sometimes during the winter months it does rain for 2-3 days straight. The good news is that since there are so many micro-climates on the islands, you can often just go a short distance to find dry weather.

Hawaii does, on rare occasion have a hurricane pass our way, although this happens much less often than it does in Florida or other parts of the US mainland. It is always good to be prepared, of course, but the last hurricanes to hit Hawaii was “Iniki” which hit Kauai in 1992. Hurricane season runs between June-December.

So as you can see, there can be quite a variety of weather in Hawaii. Be sure to pack a light jacket, rain coat, or sweater so you’ll be comfortable on the cool Hawaiian nights and in your visits upcountry.

If you plan on visiting Maui or Big Island you won’t want to miss the summits of Haleakala (elevation 10,023 feet) and Mauna Kea (elevation 13,796 feet.) Just make sure you pack a heavy jacket!

Braddah Kimo is based in Honolulu and has worked in the Hawaii travel industry for over 20 years. His websites are MyHawaiiVacationPackage.com and WholesaleTrip.com