What Weather to Expect in Spain

Weather in Spain conjures up images of brilliant sunshine and temperatures that are perfect for glorious days on the beach. While this may be true, the weather in Spain is also a little more complex than that. 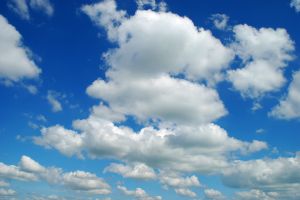 Summers are definitely hot and sunny right across Spain, but other seasons also make their presence felt. However, like everything else in Spain, the changes in weather are mild and never harsh. If your main reason for going to Spain is to soak up the sun, then the best time to visit is between June and September.

Summer in Spain (June to September)

Summers in Spain are more intense in the internal cities where the temperatures could reach up to 45 degrees centigrade (113 degrees Fahrenheit) in August. The Spaniards however, do not sit at home and grumble about the stifling heat. They just close down their shops and houses and head off towards the coast when it gets unbearable. The temperatures along the coast stay moderate throughout the year.

If you are traveling to Spain in summer, it is best to do as the Spanish do and stay along the coast. Except for a few touristy places including museums and art galleries, most shops, pubs and cafes in the interior cities will be closed for a major part of the summer. Though several shops are closed for their afternoon siesta, if you see a sign saying ‘Cerrado por vacaciones’ hung outside any shop don’t wait for it to open. It signifies that the owner has shut down for the summer.

Autumn in Spain (September to November)

The weather in Spain is mild and cool in autumn with day time temperatures averaging 28 degrees centigrade at night temperatures around 18 degrees centigrade. The beaches are still an exciting option, albeit for those who can stand the cooler waters. The Costa del Sol, Barcelona and the Costa Blanca are buzzing with water-sporting activity until September.

Winter in Spain (December to Mid-March)

High-altitude cities including Madrid, Salamanca and Toledo are cold in winter with temperatures ranging from 13 degrees centigrade during the day to 4 degrees centigrade at night. Winters in Tenerife are milder and range between 21 degrees centigrade and 16 degrees centigrade. Madrid offers its residents and tourists a respite from the cold weather with occasional mini heat waves right in the middle of winter. The possibility of experiencing snow in Spain depends largely on which part of the country you are in; with the most likely areas being the mountainous regions. Along the north coast, winters bring in the rain rather than the snow.

Spring in Spain (Mid-March to May)

Spring is the best time to visit Spain. The heat is not so scorching and temperatures on the beach are warm enough for swimming and tanning but not so hot as to burn you. Temperatures vary according to the region but average temperatures across Spain stay between 20 degrees centigrade to 26 degrees centigrade. However, the weather in Spain is not guaranteed in spring. Intermittent showers intermingled with warm dry spells, wash away plans of spending your entire holiday sunning it up at the beach.